Pat Drennen is the CEO of 1ST Gateway Credit Union in Camanche, Iowa, and he's been with 1ST Gateway for over 27 years.  He began his career in the credit union movement immediately after college, when he joined the Iowa Credit Union Division as a Credit Union Examiner.  He joined 1STGateway in 1988 where he served as Assistant Manager, Manager and now CEO.

Pat was a member of the Iowa Credit Union League Board of Directors for over 20 years, including 3 years as Board Chair.  He has also served on a number of the Iowa League's subsidiary companies including a stint on their holding company, Affiliates Management Company (AMC) Board; in addition, he spent time as a member of the Iowa CUPAC Trustees, including time as the Chair.  He is a member of WOCCU's “International Executive Volunteer Corp” for his work in assisting both the trade association and credit unions in Panama.  He currently serves as the League's Principal Key Contact (PKC) for Iowa Senator, Charles Grassley, and also serves as a Board member for TMG Financial Services, the Iowa League's credit card portfolio management company.

Pat remains active in his community and currently serves as a Trustee on the Finance Council at the Church of the Visitation.  He holds a Bachelor's degree from Iowa State University in Ames, IA and is a graduate of CUNA's Management School in Madison, WI.  He and his wife, Pam, have 3 children and 3 grand-children. 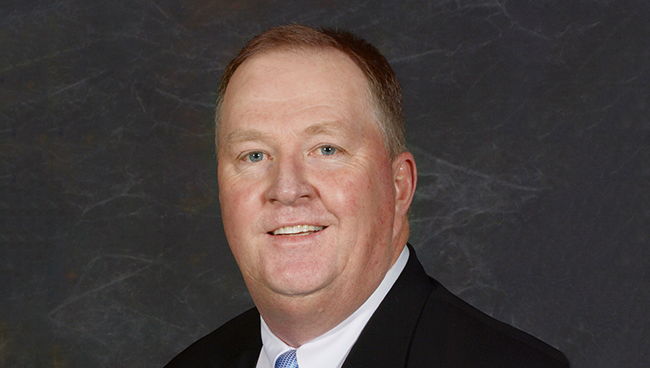